The Post Where I Finally Wrap up Christmas Mid January

I am just now getting life back in order from the holidays. I would say "normal", but what is normal anyway? I guess that means starting back to homeschool and regular routine. And, while I am usually ready to take down Christmas decorations on Christmas Day becauseeverythingisbrokenbythen, this year I waited until after New Year's.  I think maybe because I just wasn't ready for Christmas to be over. I'm not sure it had really even mentally registered that it was already, in fact, Christmas. I think somewhere in the back of my mind we are still somewhere in SEPTEMBER.

Over Christmas we had some very close friends come and visit during their move across country. They are the type of friends that you can go years without seeing, but pick back up right where you left off. We've known them for going on 15 years.

We had a great visit even though they had some illness going on. The kids enjoyed swimming in the hotel pool and playing games on Christmas day. I so enjoyed just visiting and soaking up the friendship and encouragement. 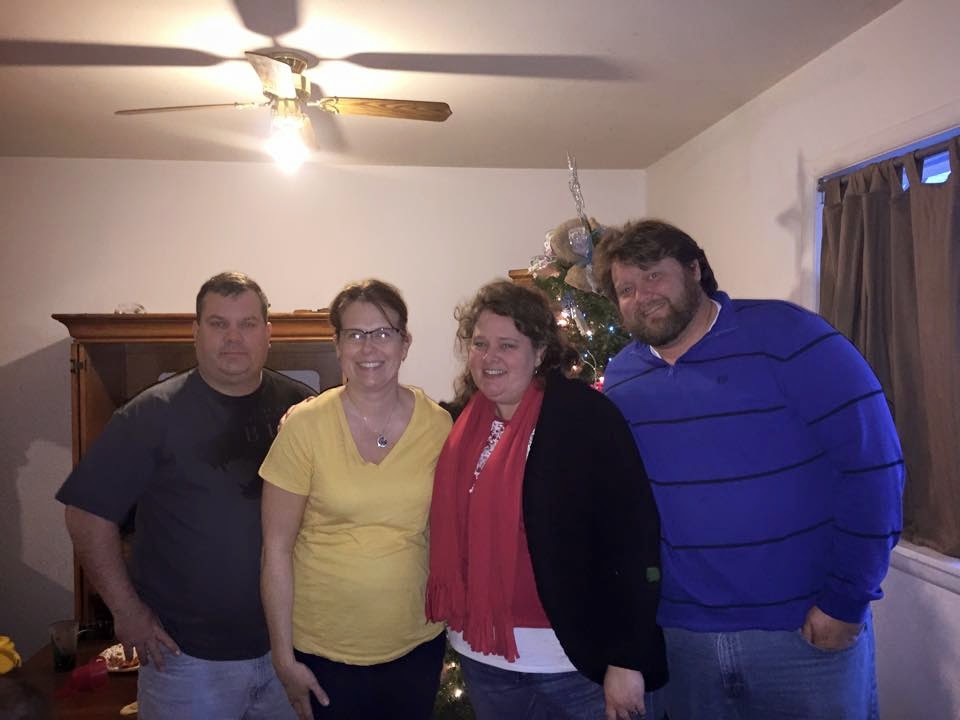 I actually got Christmas pictures made this year. It's always so hard to have all the kids together while dressed decently when we aren't flying out the door to get to church on time or something. 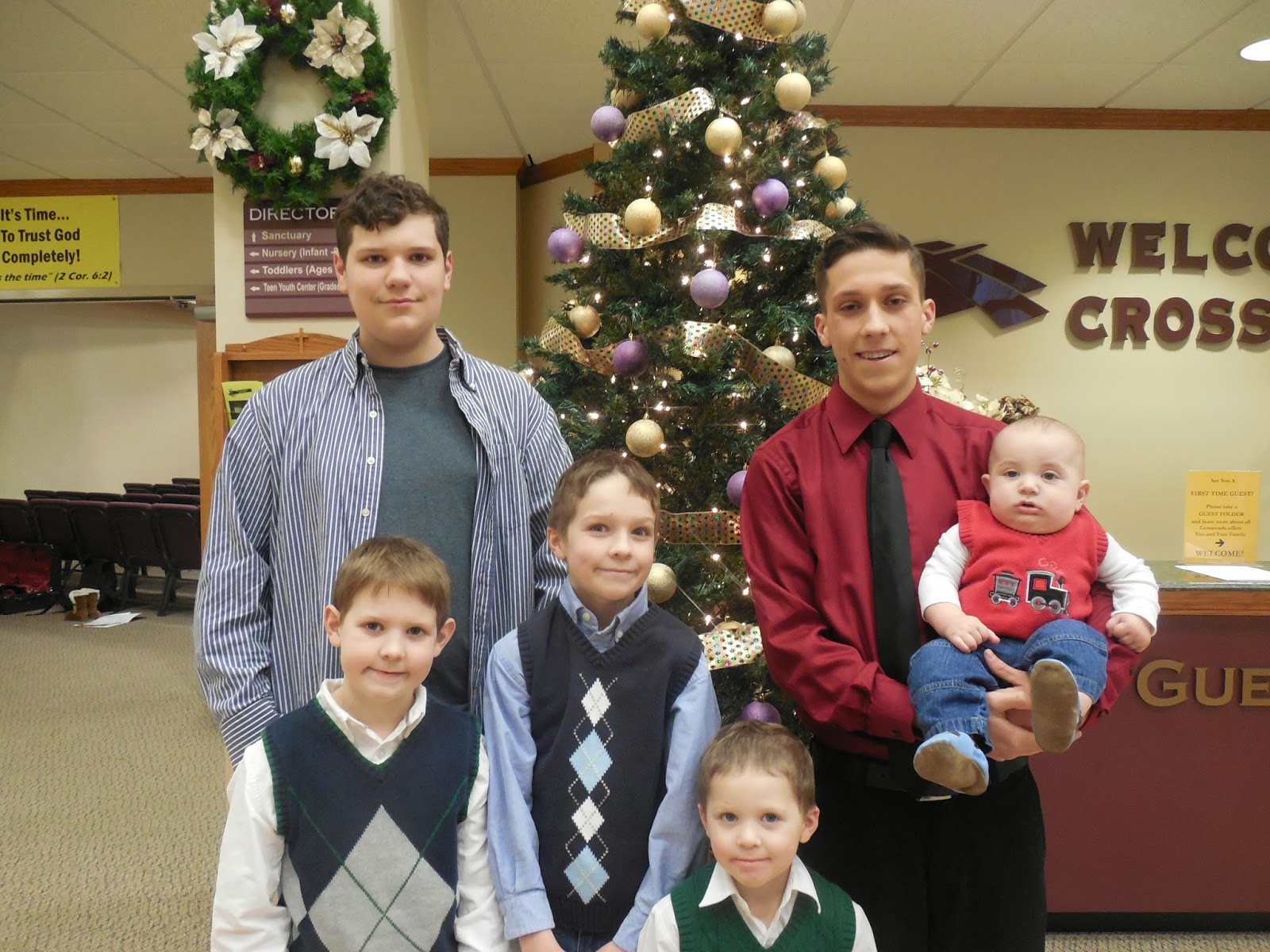 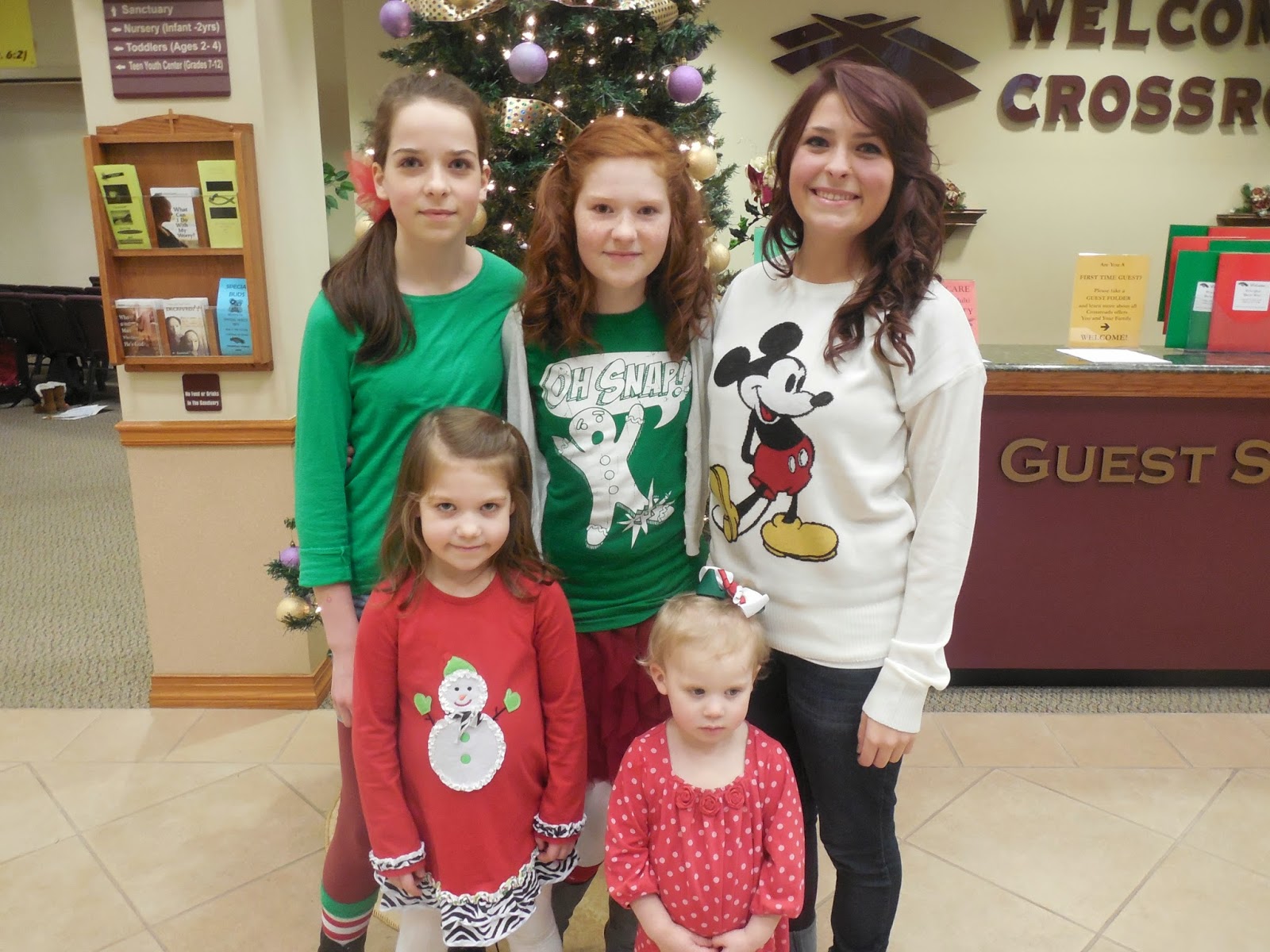 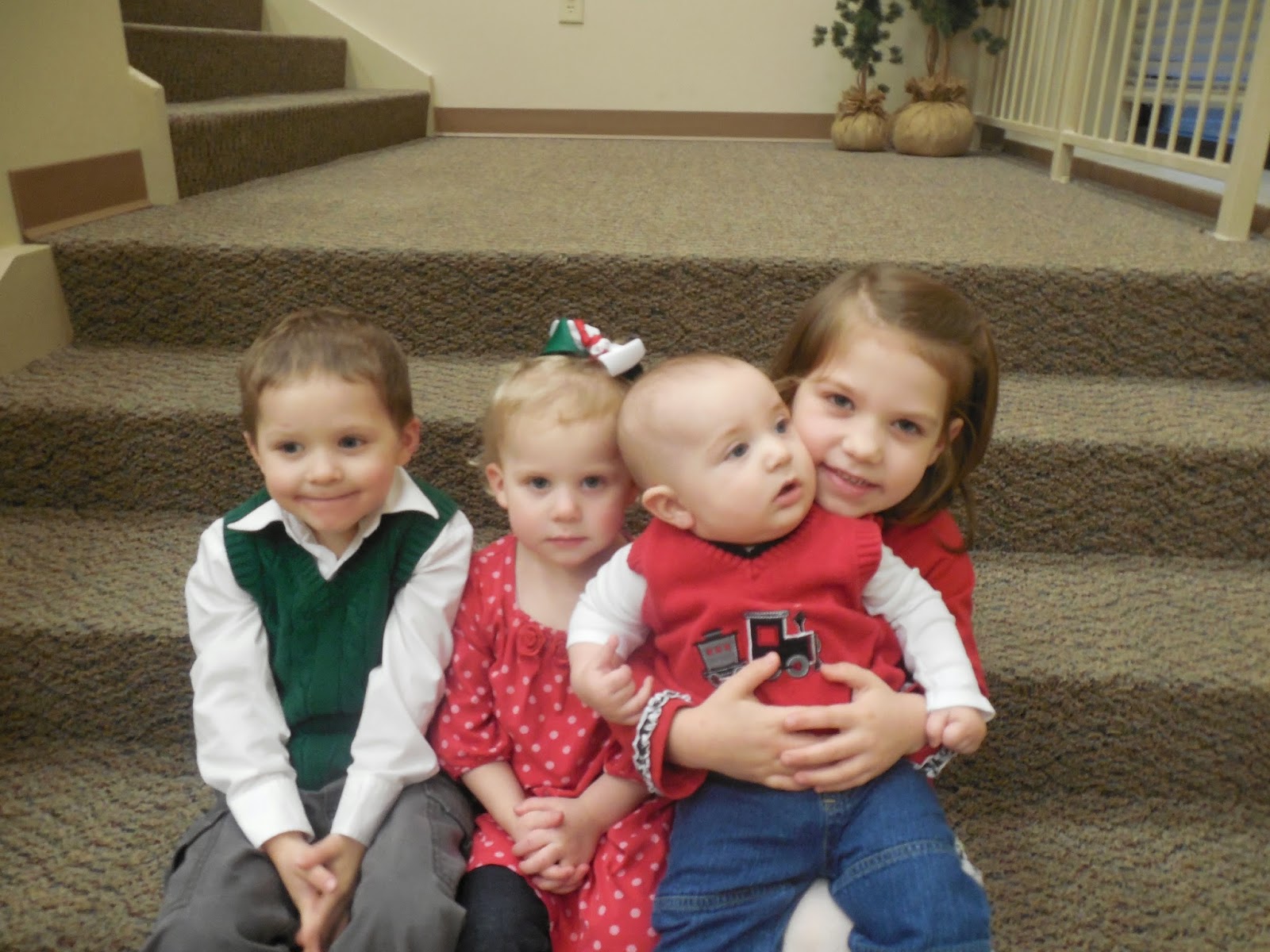 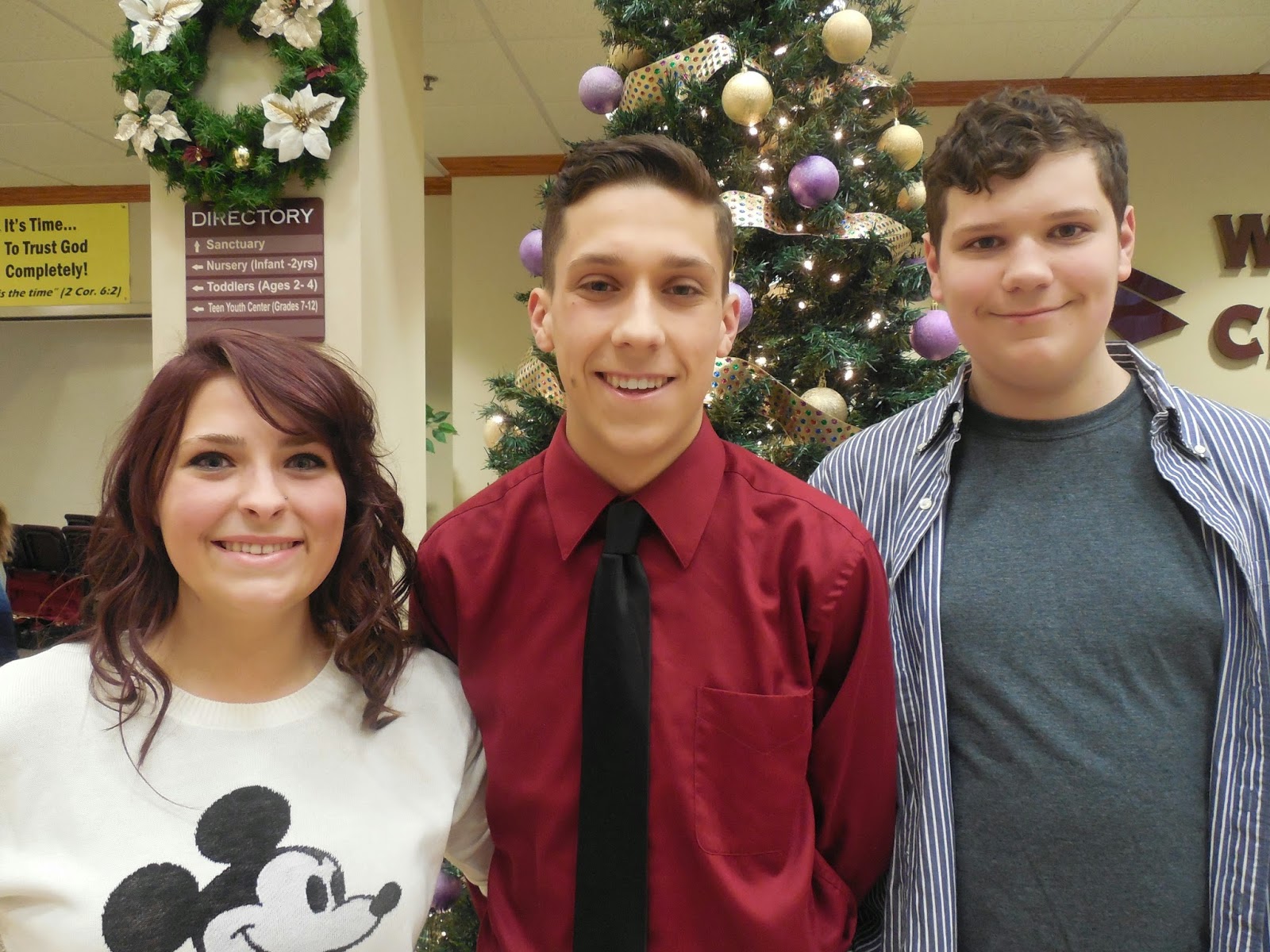 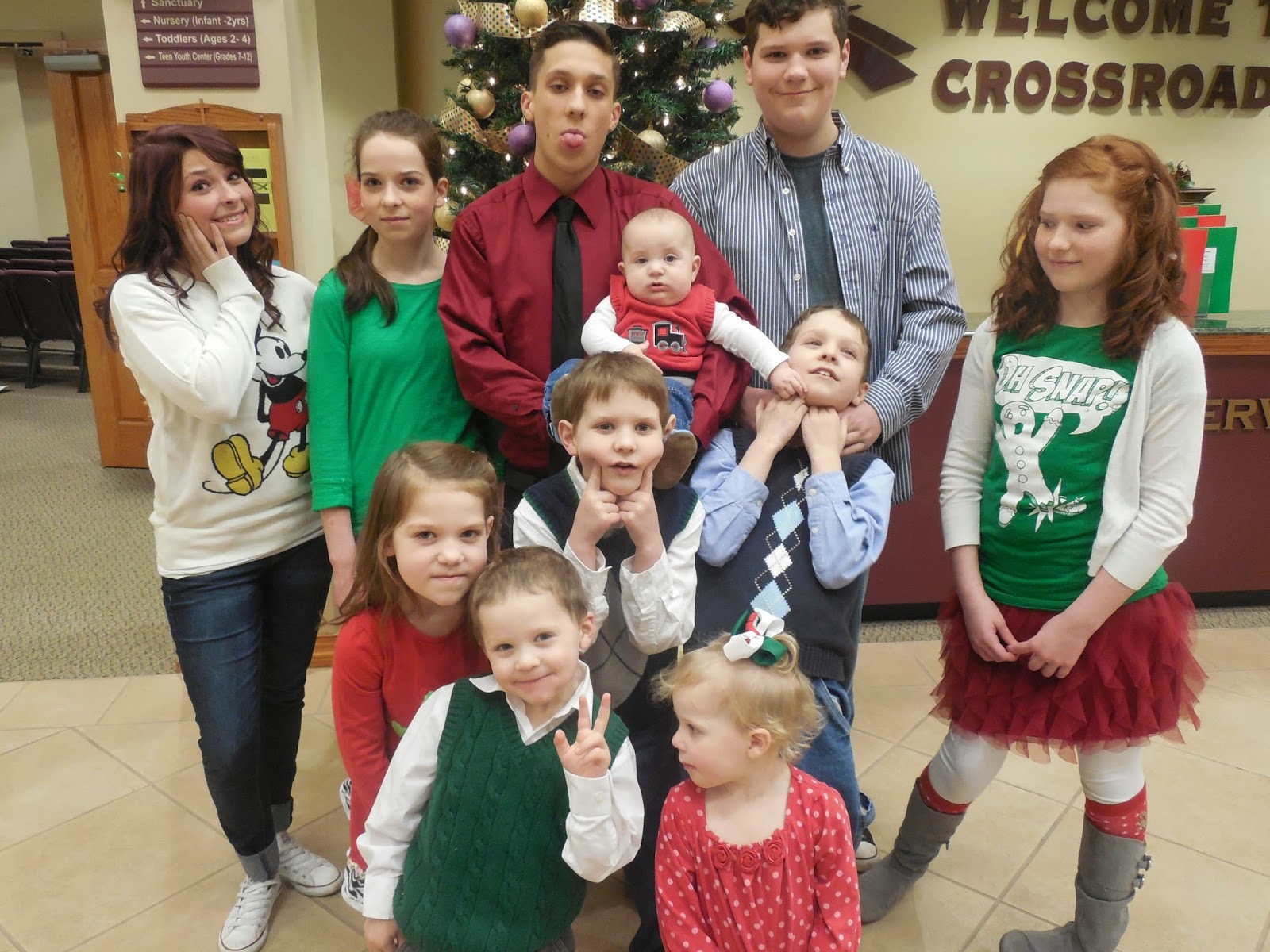 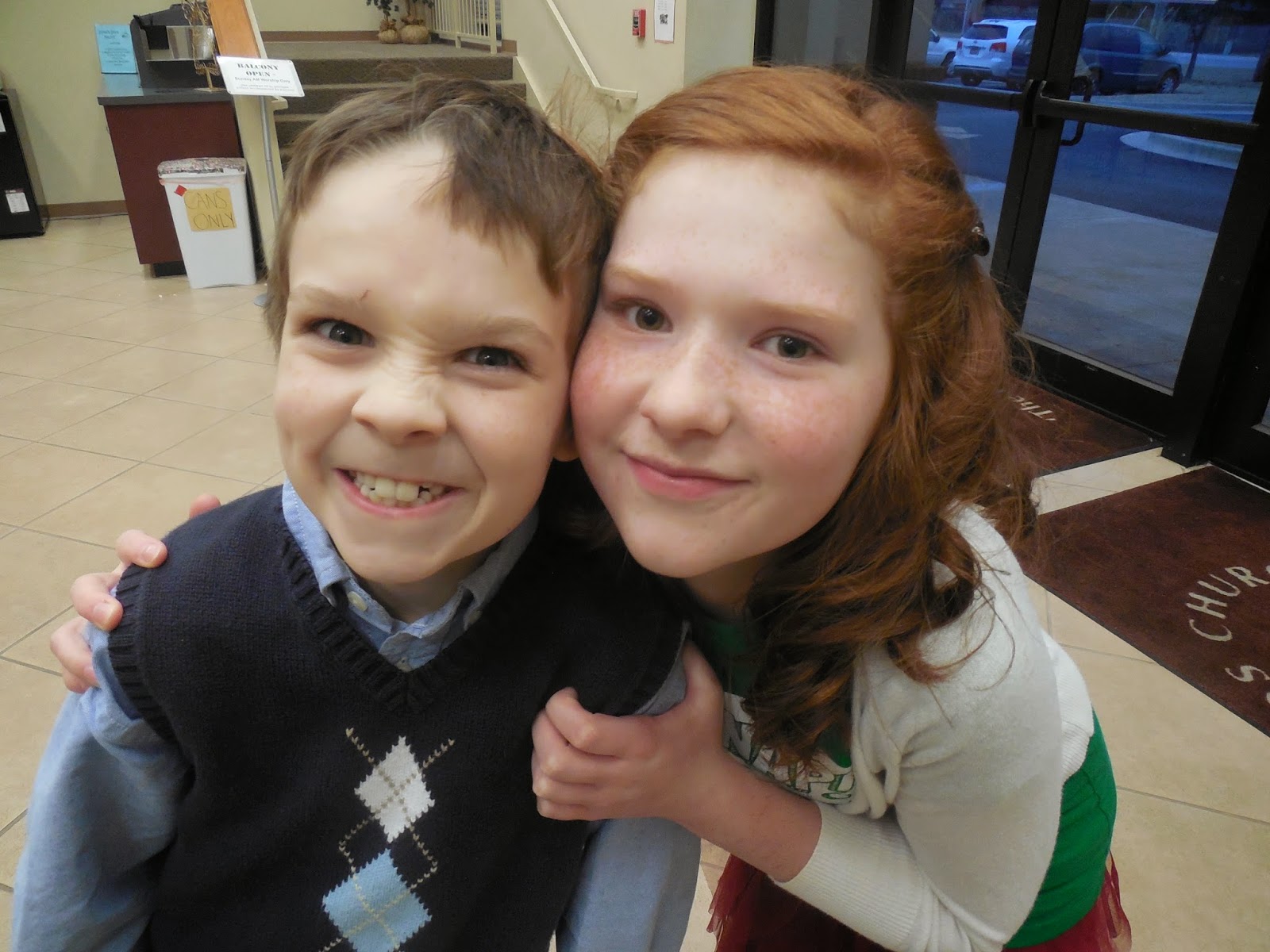 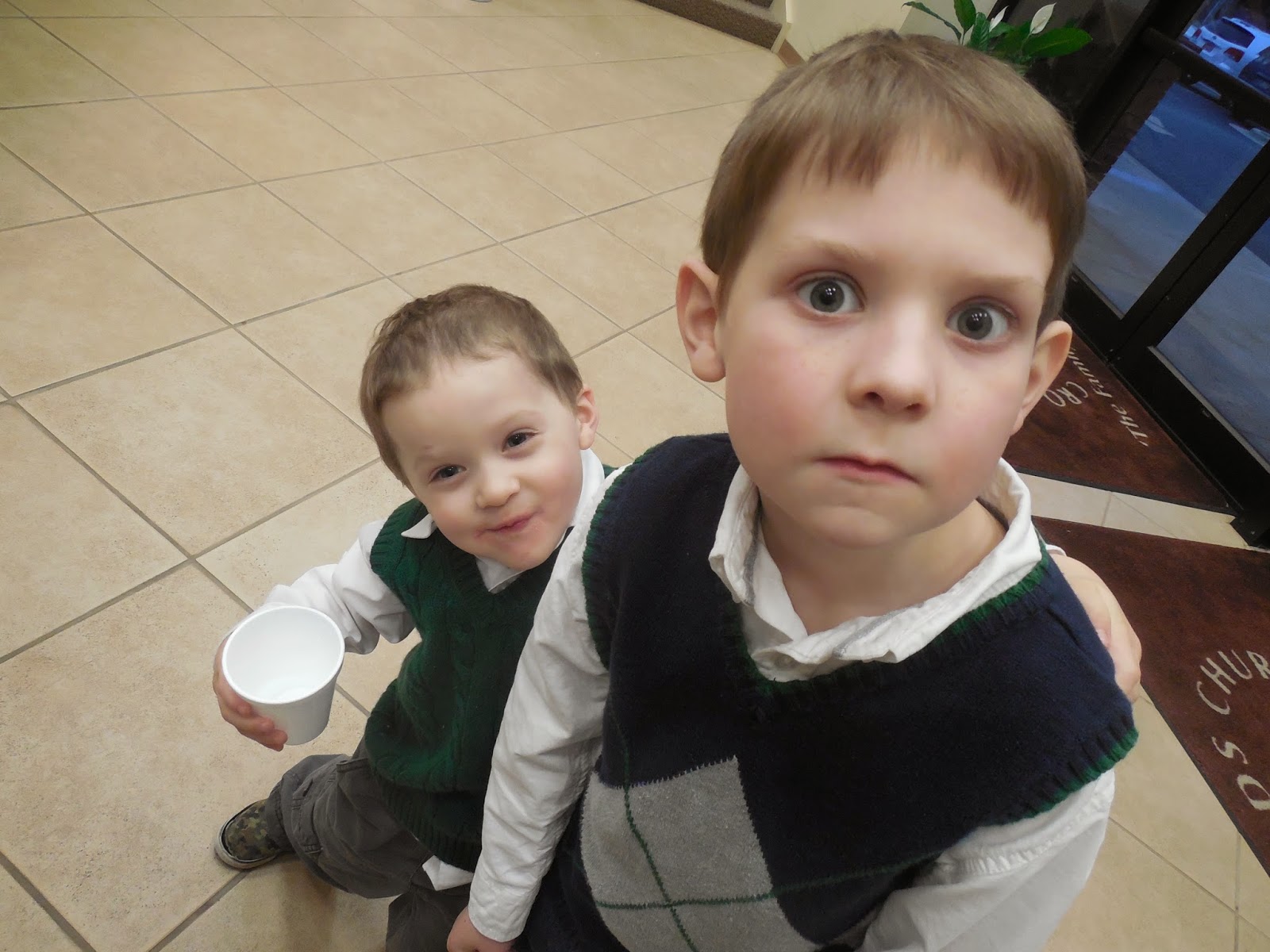 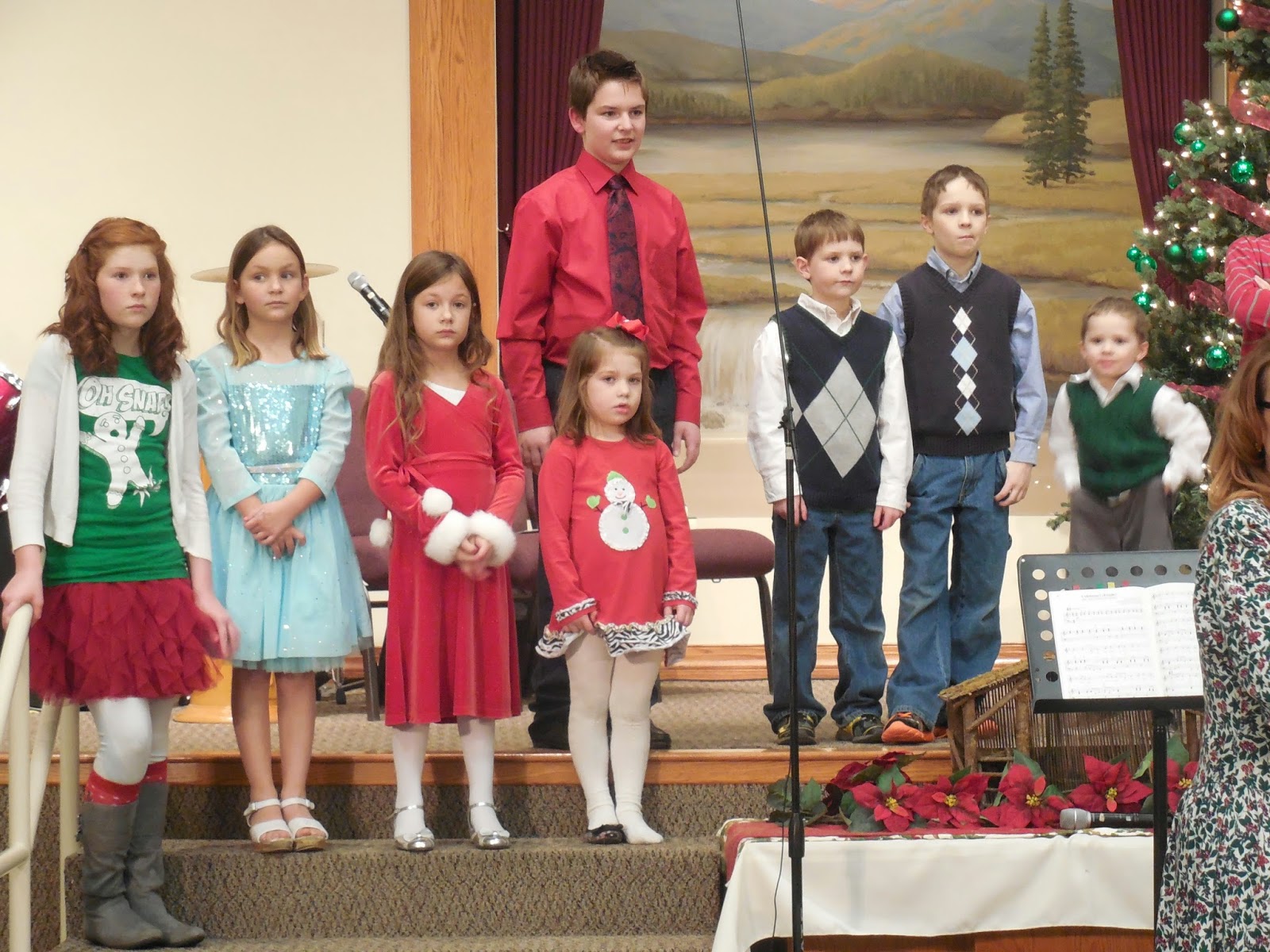 Right before singing on stage for the hanging of the green.... 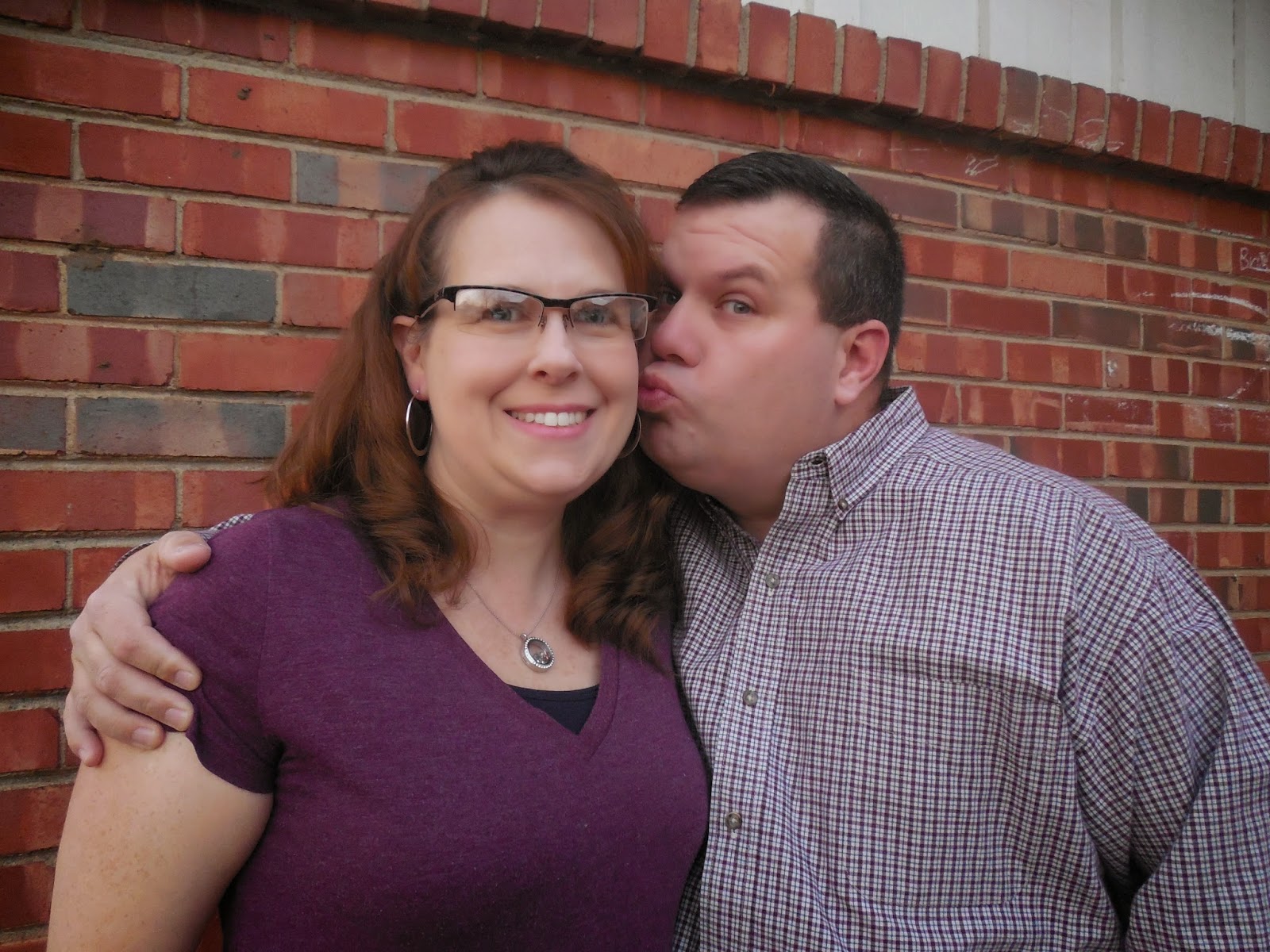 And, remember, it's impossible to take a normal picture with him.

Posted by Courtney at 7:46 AM 2 comments: Links to this post

Two nights ago I had a terrible dream. Normally I don't have bad dreams, but I always have weird dreams.

And for some reason, I don't like to hear other people recount their dreams. At all.

But, I'm going to do it here anyway.

So, in my dream we were living in some different house with a basement. The tornado sirens went off and I looked out the window, and sure enough, there was a huge tornado coming right for the house!

I yelled out to David and the kids to run down to the basement and FAST, but they all ignored me.

You know sometimes in dreams when you try to yell and sound urgent, but all that comes out is a whisper or sometimes you can't get anything out at all? That's what happened.

I was trying to SCREAM to my family to HURRY to the basement and I felt like the louder I tried to tell them, the more they didn't listen to me.

FINALLY, I was able to convince some of them to go downstairs, but the rest of them (and I especially remember Timothy for some reason) just stood there with blank looks on their faces.

And, then I woke up.

It really upset me and I was just laying there all torn up about it thinking, "WHY would they just stand there when a tornado is coming instead of listening to me and running to SAFETY?????

I've had a problem reining the kids back in from Christmas break, so that's probably why I dreamed that they weren't listening to me. And David agreed that was probably the case, but I even teared up when I was telling him about it. And, I don't like to spiritualize every single incident in life, but I've faced a few challenges in the last few months, and maybe God was showing me what I have a tendency to do-stand there and wait for the tornado to hit me instead of running to His safety.

Posted by Courtney at 9:08 AM 2 comments: Links to this post

Courtney
I'm just a Southern girl who loves God (Hallelujah!), is married to a former Marine (Ooh-rah), mother of eleven children (Don't you know what causes that?) and a homeschool teacher (But what about socialization?).